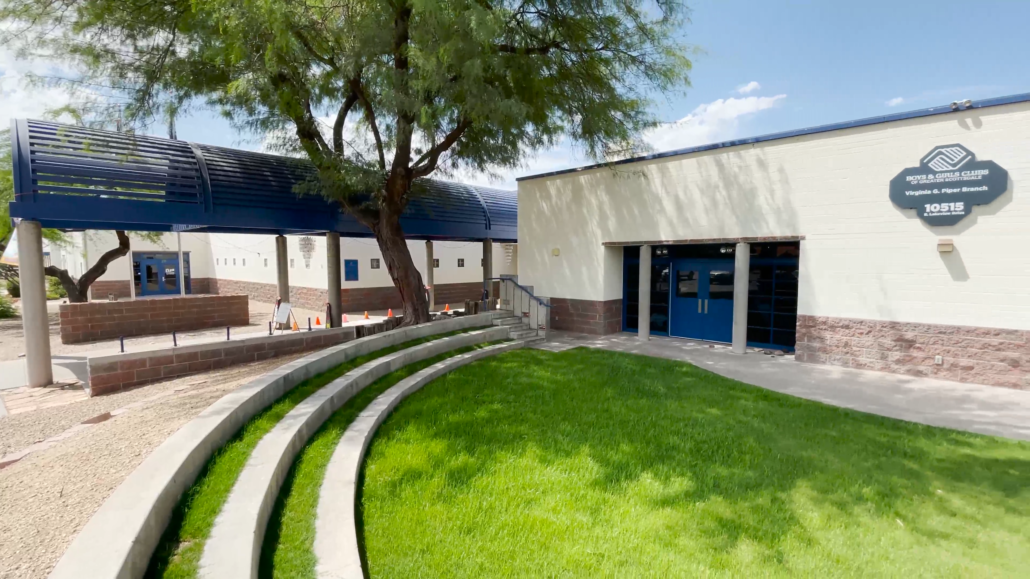 Among the more than 125 guests at the event were Scottsdale Mayor David Ortega, Virginia G. Piper’s nephew Paul Critchfield, philanthropist and the first woman BGCS Board Member Mary Ellen McKee.

The Piper Branch, located in the Scottsdale Ranch neighborhood, is now the oldest of the organization’s current nine sites located throughout the northeast valley and up to Peach Springs.

After three decades in the community, the Club has impacted the lives of thousands of youth and teens who have spent their out of school hours building life-long friendships, playing games, participating in sports, making art, working on STEM projects, getting homework help, and building resiliency and confidence with the help of caring adult mentors.

As part of BGCS’s commitment to building great futures, this past November, construction was completed on a space within the Piper Club focusing on Science, Technology, Engineering, Art, and Math (STEAM).

BGCS dates its beginnings back to 1957 with the opening of a Boys Club at East Osborn Road and 75th Street. The first Scottsdale Girls Club opened in 1961. It wasn’t until 1992 that the Boys Clubs and Girls Club would merge to become Boys & Girls Clubs of Scottsdale.

For more information about the STEAM Makerspace Studios or other Club programming, please call 480-344-5520 or visit www.bgcs.org.

Ivan Gilreath to take the helm as BGCS President and CEO