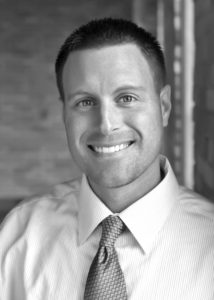 nine clubs, with a mission to enable its members to reach their full potential as productive, caring and responsible citizens.

In his role as Chief Operating Officer, McReynolds will serve as a member of the executive team providing vision, leadership and management necessary to ensure growth and efficiency.

“We are thrilled to bring Curt to Scottsdale to join our leadership team,” said Dr. Lisa Hurst, BGCS Chief Executive Officer. “He is a proven leader with the perfect experience to guide our Clubs ensuring excellence in our vision of developing the next 21st century leaders, globally competitive graduates, innovative dream-makers and healthy game-changers.”

“I’m excited and honored to join the Scottsdale organization,” said McReynolds. “The rich history and deep commitment from the community is very special and became evident immediately to me upon joining the team. I look forward to bringing creative and innovative ideas to our Branches and partnering with the staff to evolve the organization into a cutting-edge programmatic organization, serving our youth in a wide variety of niche programs and outreach services.”

McReynolds was catalyst in growing resources and operational support for the Club and overseeing a $1.6 million-dollar budget by posting a balanced (or surplus) budget for eight consecutive years. With McReynolds at the helm, BGCDT quadrupled operating revenue from just over $400K to over $1.6M in 2017.

In 2011, he was honored by the Boys & Girls Clubs of America as the Midwest Vision & Spirit Award recipient. Additionally, his creation of the “Board Blitz” was awarded Outstanding Marketing & Communication in 2013 by Boys & Girls Clubs of America Midwest Region and “Teaming up for Taxes” (a collaborative effort from local CPAs and McReynolds’ Club) was awarded as Outstanding Resource Development (2013).

In 2015 and 2016, McReynolds was nominated for Crain’s Chicago Business 40 Under 40, a powerful list of young professionals changing communities and leading organizations around the Chicagoland area. His passion to improve the community by serving youth and helping others is evident in his service.

In 2016, McReynolds was nominated and appointed to the BGCA National Board of Directors for The Professional Association (TPA) and currently serves as the Vice Chair for the Membership Committee. In Illinois, he represented the Chief Executive Officers across the State as the Board Representative on the BGCA Illinois Alliance, as well as the Chair of the Program Committee.

A graduate of Western Illinois University, McReynolds obtained his B.A. in Business Communication and M.S. in Kinesiology, Sport Management. He is a proud Alumni of the BGCA Movement, dating back to 1985 with the Boys & Girls Clubs of Rockford, IL.